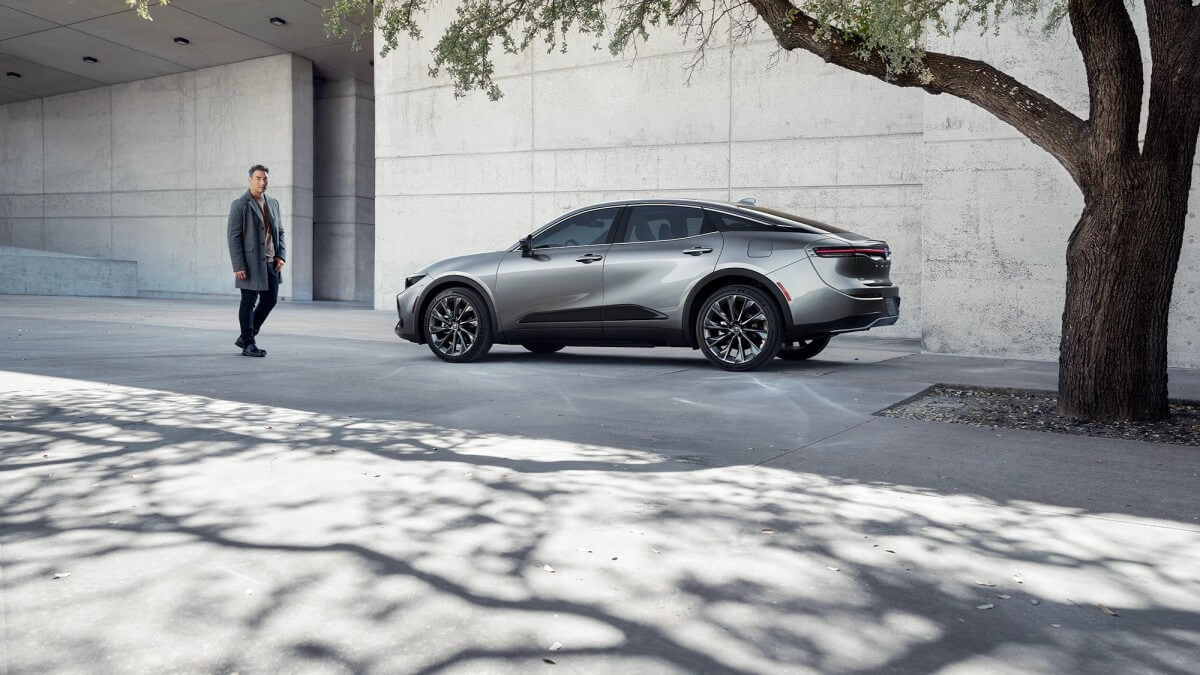 Meet the all-new Toyota Crown. This innovative lift-up sedan is a cut above the familiar. Its elevated cabin, flowing silhouette and sculpted body lines create a fresh look that’s entirely unique for its class. And this premium machine continues to deliver confidence with AWD capability and the electrified power of an available Hybrid MAX powertrain. An image of innovation you can touch, feel and drive—Toyota Crown is arriving winter 2022. 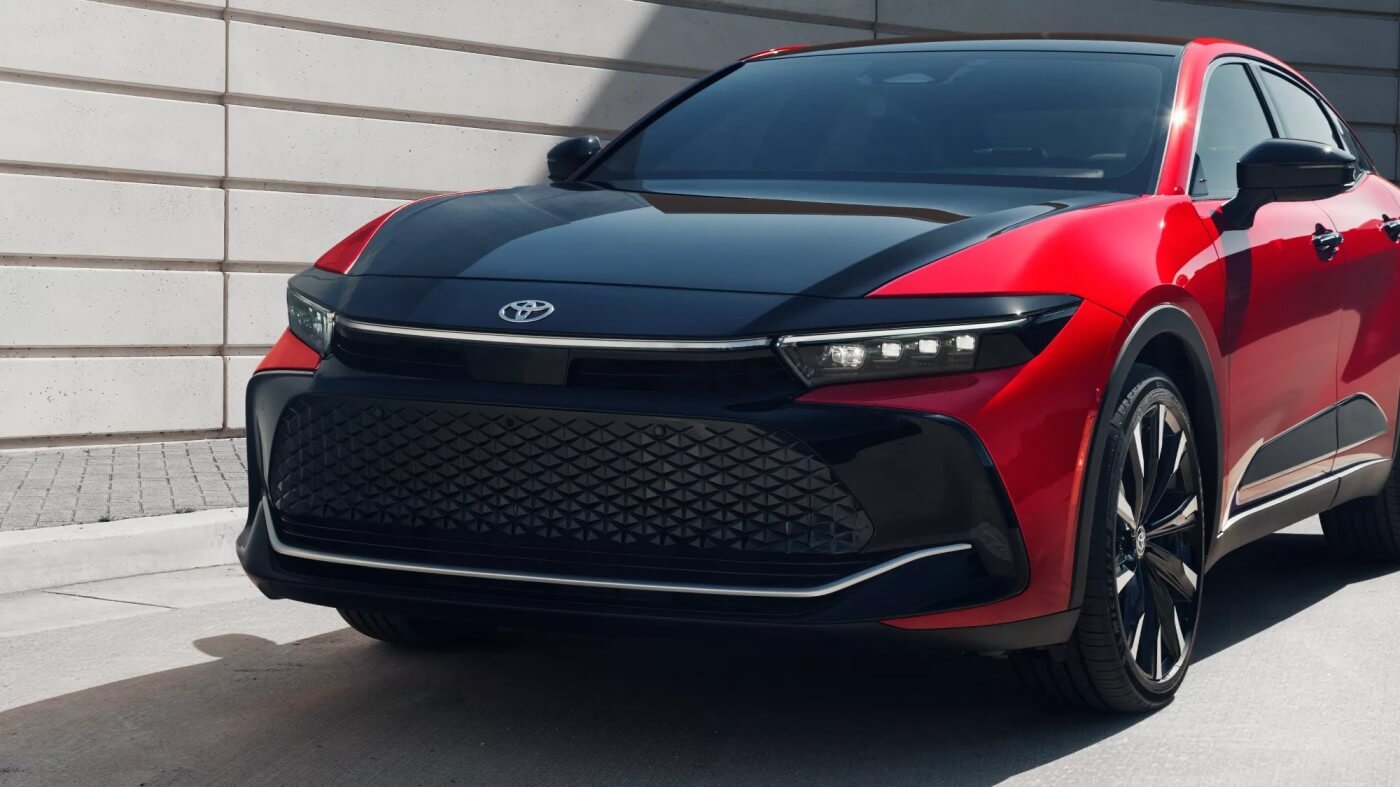 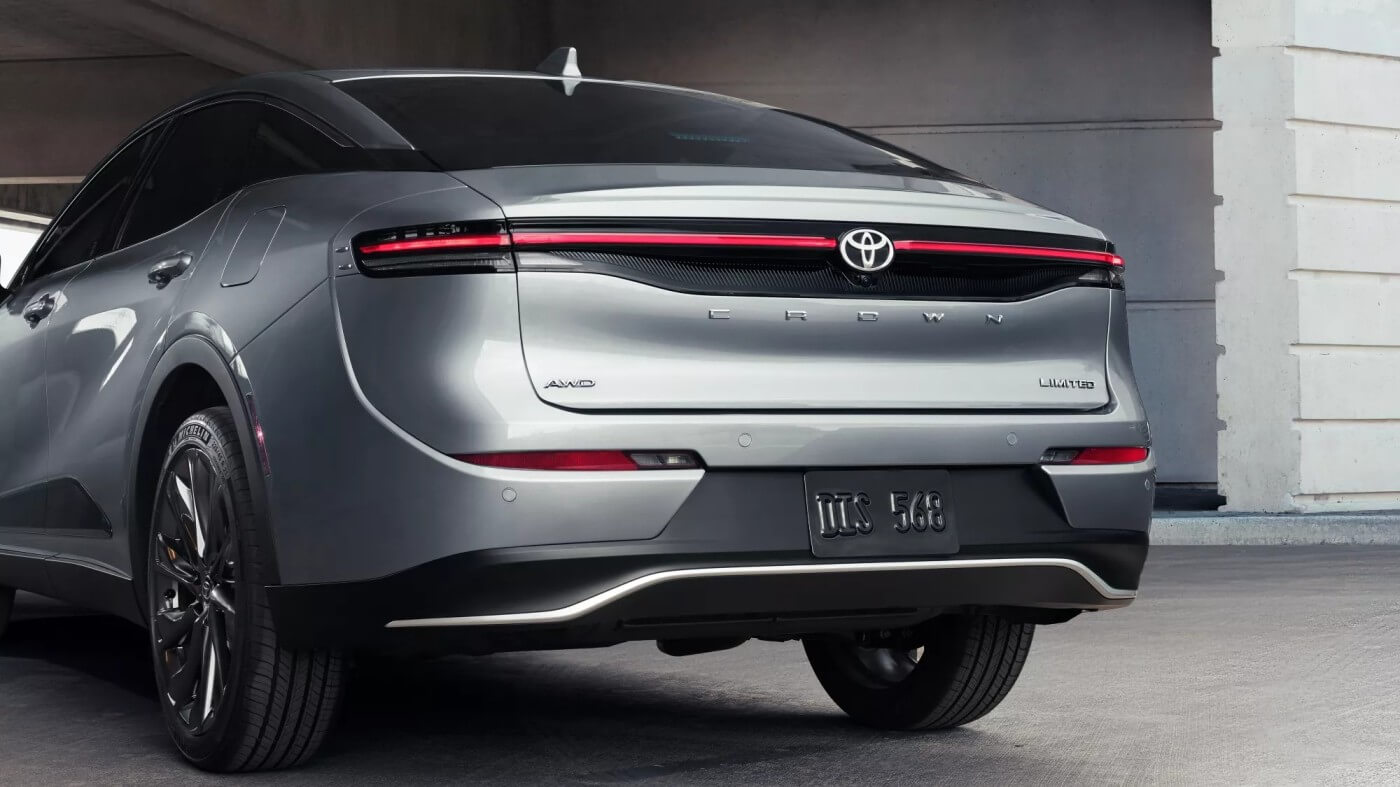 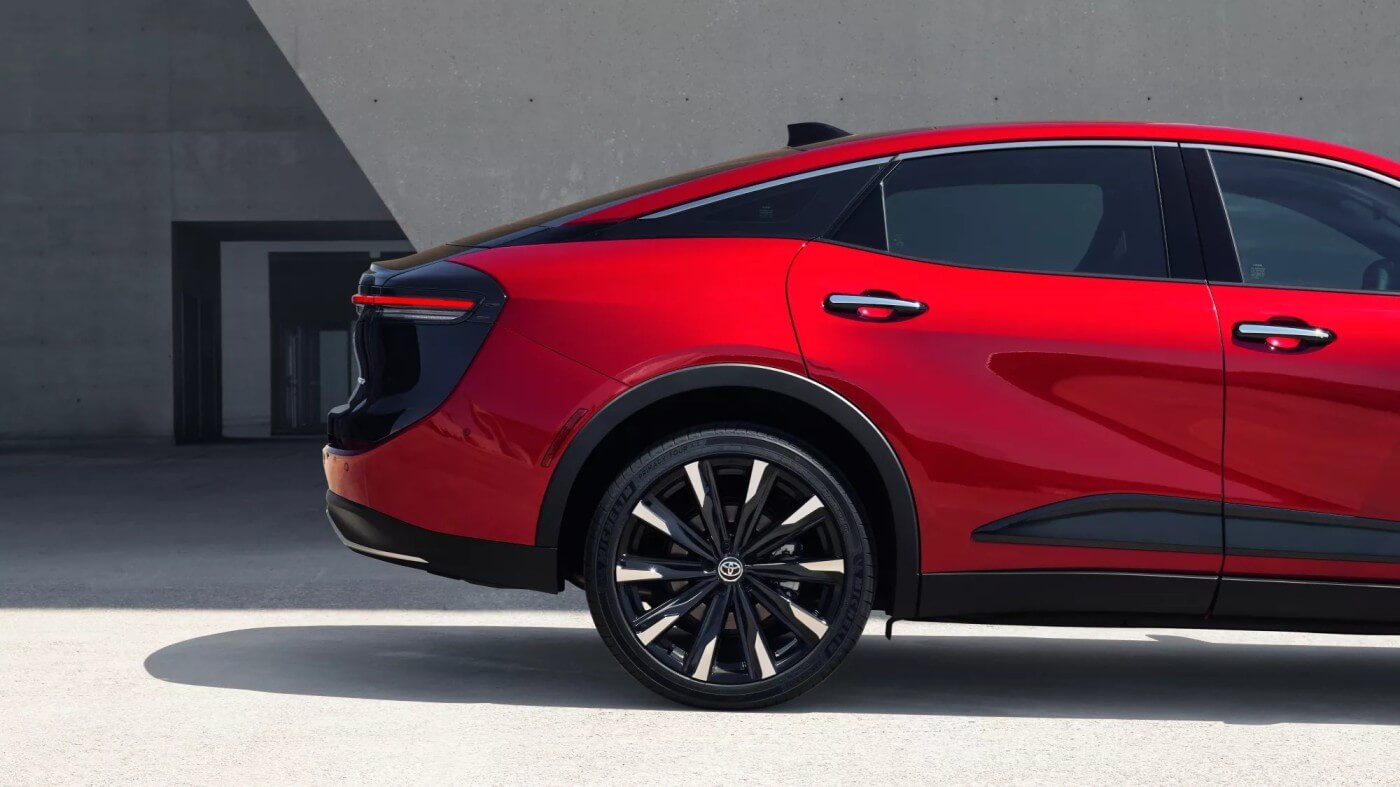 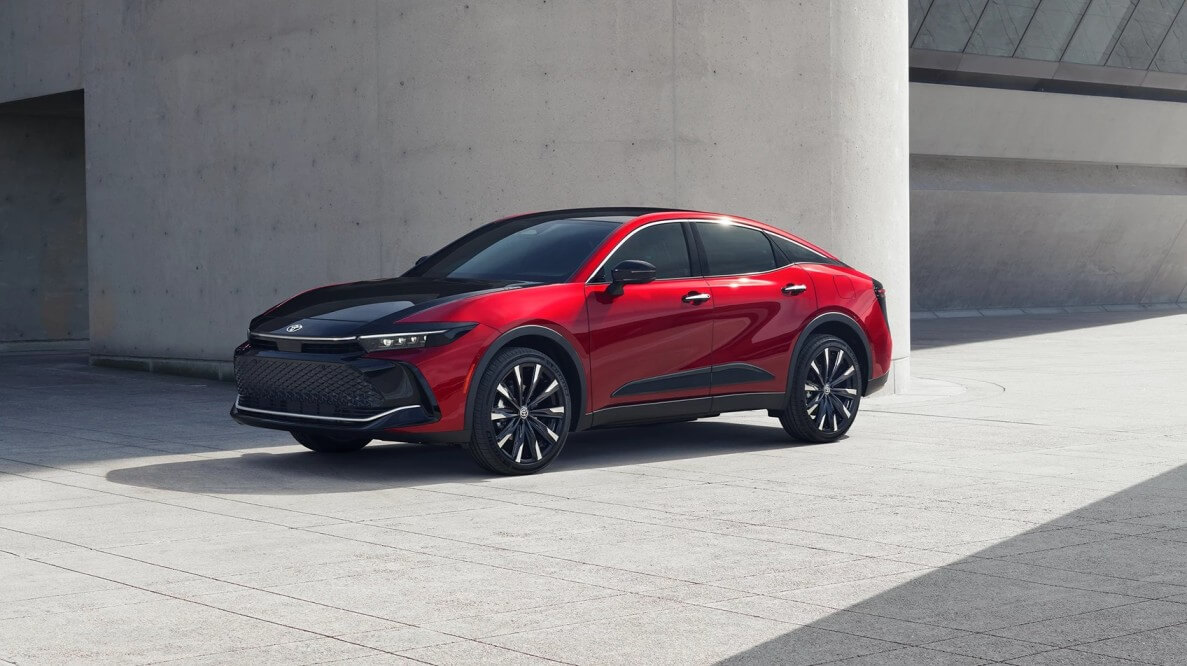 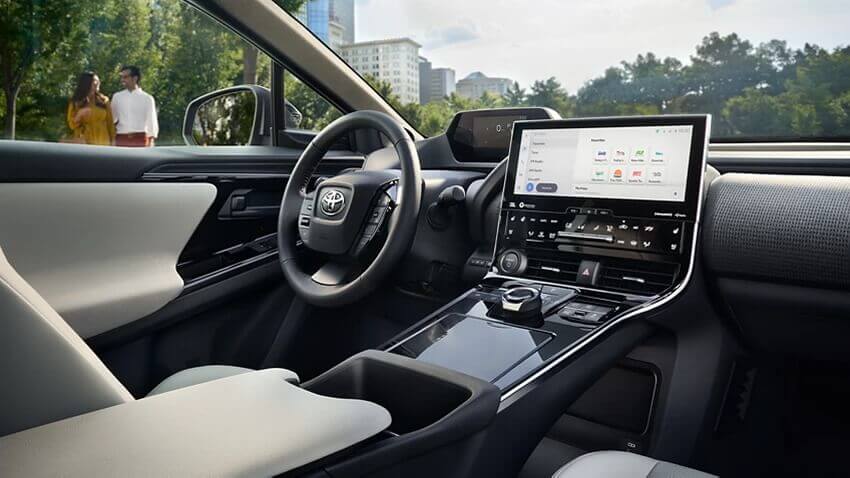 Toyota Crown’s magnetic look has your attention the second it catches your eye. Available 21-in. machined 10-spoke alloy wheels, captivating LED headlights and executive craftsmanship throughout—this lift-up sedan is unlike anything you’ve seen before.

Toyota Crown Platinum’s all-new Hybrid MAX powertrain delivers up to 340 horsepower—with instant torque. And XLE and Limited’s remarkably efficient hybrid engine has a manufacturer-estimated 38 mpg combined rating. * * Projected EPA-estimated mpg rating 38 combined estimate for 2023 Toyota Crown XLE and Limited as determined by manufacturer; projected EPA-estimated mpg rating 28 combined estimate for 2023 Toyota Crown Platinum as determined by manufacturer. EPA estimates not available at time of posting. Use for comparison purposes only. Your mileage will vary for many reasons, including your vehicle's condition and how/where you drive. See www.fueleconomy.gov. When venturing on slick roads, its standard AWD capability helps you drive with confidence. And on every twist and turn, its available adaptive suspension cultivates an instinctual bond between driver and machine. Engineered for excitement, Toyota Crown is most alive going full force. 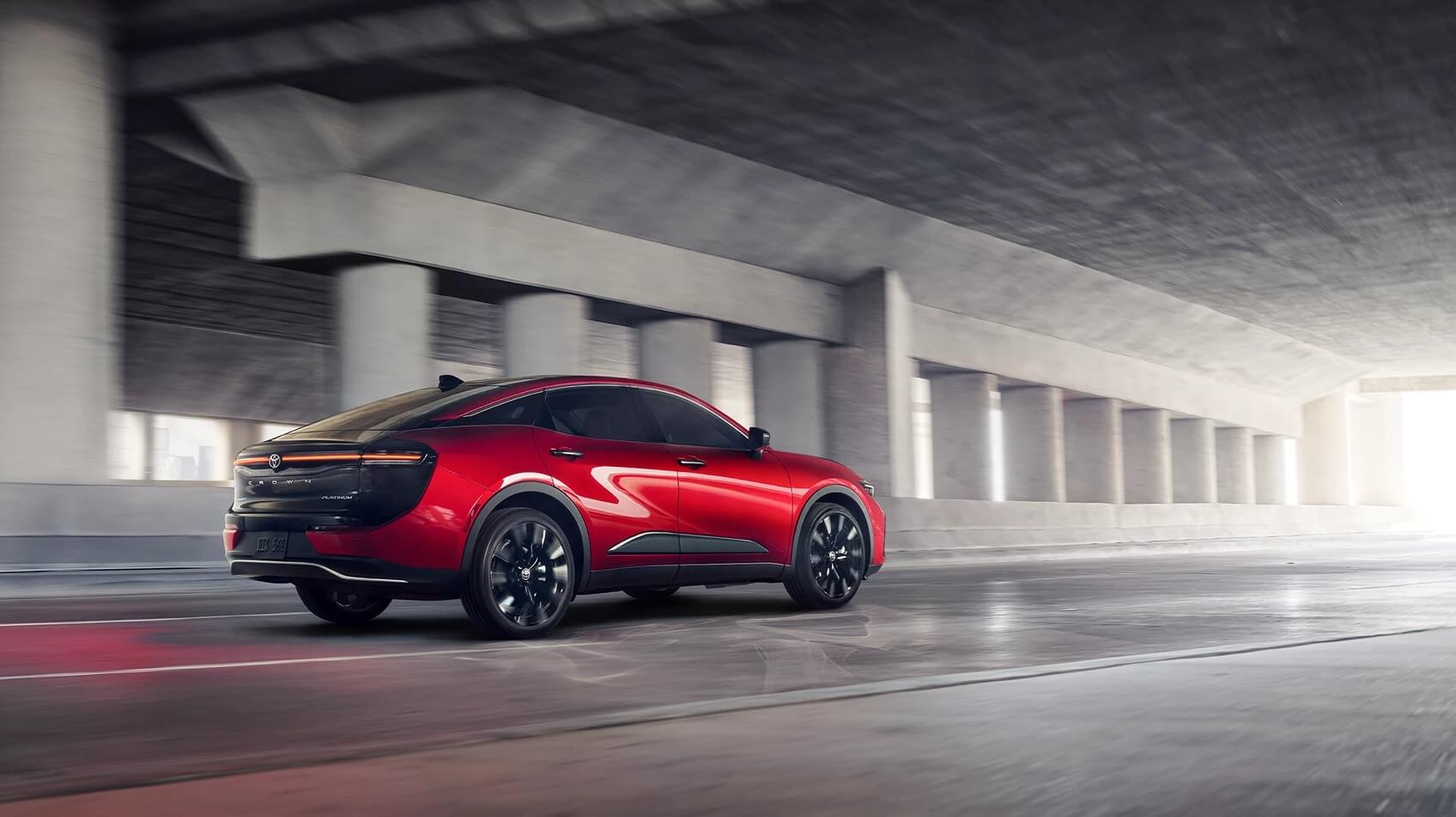 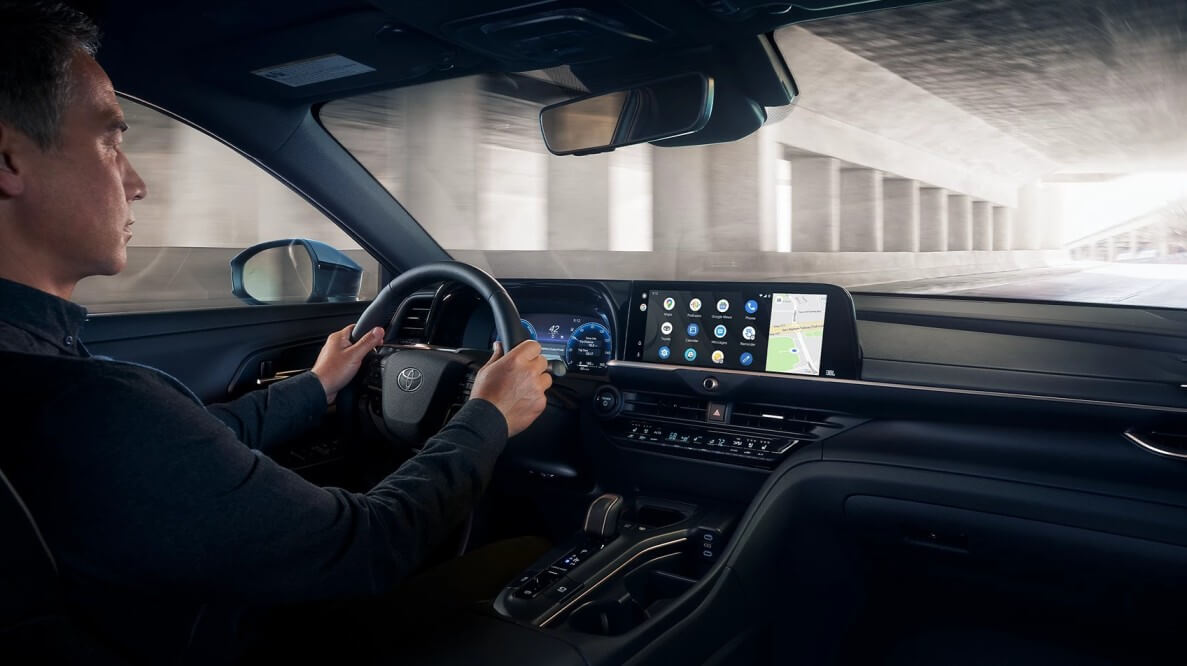 When you click "Submit", you are directing Toyota to contact you with the information you requested. To learn more about how Toyota handles your personal information, please click here.